This month we celebrate the achievements of women. There are so many accomplished women that we could explore such as Ruth First, a South African anti-apartheid activist and journalist, who spent her life seeking equality for all South Africans. First was living in exile when she was assassinated in 1982, but before her death, Ruth First wrote several books including 117 Days, which chronicles her arrest and imprisonment during the apartheid system. First was detained in solitary confinement for 90 days under South African law. 117 Days shaped how I saw anti-apartheid activists and gave me insight into their experience so I wrote a brief Women’s History Month Reading List.

How the Garcia Girls Lost Their Accent by Julia Alvarez. This novel is a sensitive look at the immigrant experience. The plot is compelling: an upper middle class family is forced to leave their home country, the Dominican Republic, during the revolution; they lose their wealth and must adapt to an entirely different culture. Set in the 1960’s, 70’s, and 80’s; Alvarez explores gender issues in a meaningful way. It’s an excellent read.

Political Fictions by Joan Didion. Yes, we can’t avoid it. We’re in the election season. I see the ads whenever I turn on the television. How do we navigate this election? Didion’s eight essays were originally published in The New York Review of Books, they cover politics from 1988 through the 2000 election. I read this every four years. Didion critiques the press and how their biases influence elections. Her examination of the American political process is honest. 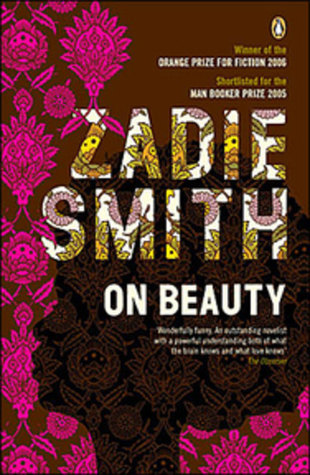 Zadie Smith is one of my favourite authors. On Beauty is a brilliant novel with rich characters. Smith’s themes of identity, class, and beauty are intricately woven throughout the novel. It is both funny and insightful. On Beauty is a unique examination of family life in America, and it’s also the perfect homage to EM Forster’s Howard’s End. Readers familiar with Forster will recognize the connection. It is a remarkable novel, one well worth reading this month.

Also check out Ruth First’s 117 Days. I was meant to be in New York City for Mikhail Baryshnikov’s play Brodsky / Baryshnikov, but instead I’m covered in hives after suffering from anaphylaxis. There is one upside though, writing this post distracted me; for a few hours I didn’t think about seeing Misha read Brodsky’s poems in Russian. Now I have time to query my manuscript…